Farmer’s Daughter Press, an imprint of Books & Boos Press, is excited to reveal the cover of our upcoming release, Megan and Riley Share the Joy of Christmas by Ken Keeney. The cover and illustrations were done by Ogmios (www.artbyogmios.com).

“I met with the author to talk about what he envisioned for this book. Ken was eager to convey the joy and fun of the holiday season,” said Stacey Harris, managing editor. “I knew immediately that Ogmios would be the perfect artist for the project. We were lucky to get him!”

Megan and Riley Share the Joy of Christmas will be released as a hardcover, paperback, and eBook on November 12. It will be available for preorder on November 5 on Amazon and anywhere books are sold. Click here to preorder.

Our authors will be reading and signing in multiple places during the month of October. 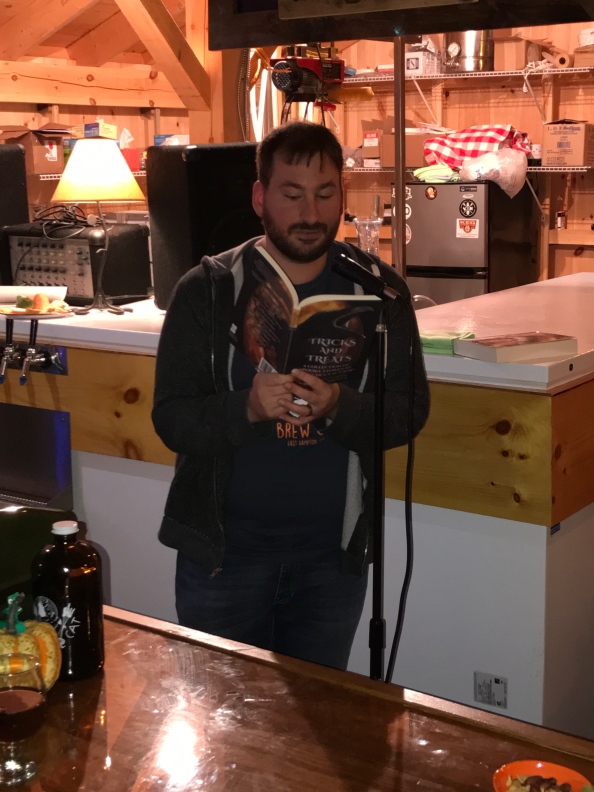 Listen to and meet Dan Foley, Stacey Longo and John Valeri at the Mary Cheney Library on Oct. 14 from 2 to 4 p.m. for Indie Author Day. They will be discussing the writing process, getting published, and marketing one’s work. The library is located at 586 Main Street in Manchester, CT. 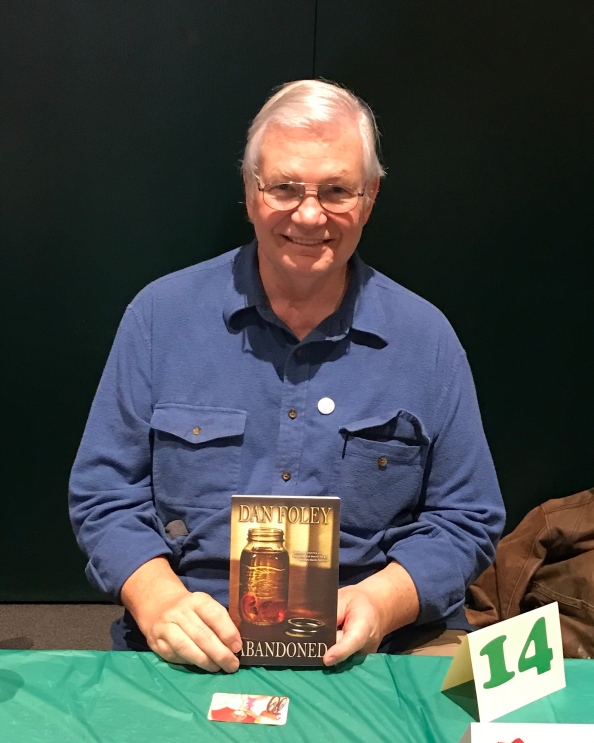 Meet authors Longo and Rob Watts at Super Megafest in Marlborough, MA. on Oct. 21 and 22. They will also be hosting a panel, So You Want to be a Writer, at 11 a.m. on Sunday, Oct. 22. Rob Smales will be joining them for the panel. 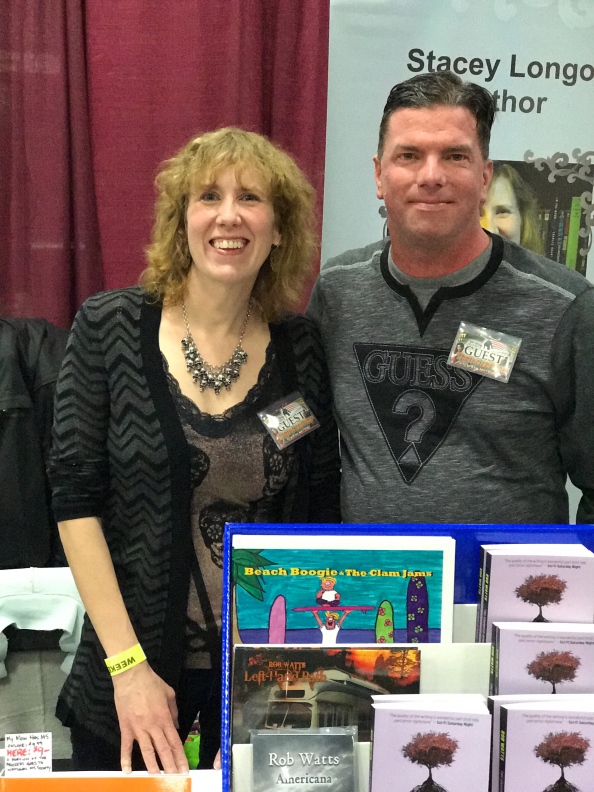 Meet Smales at Super Megafest on Sunday, Oct. 22. He will be talking about writing and other topics with Longo and Watts on the So You Want to be a Writer panel at 11 a.m. 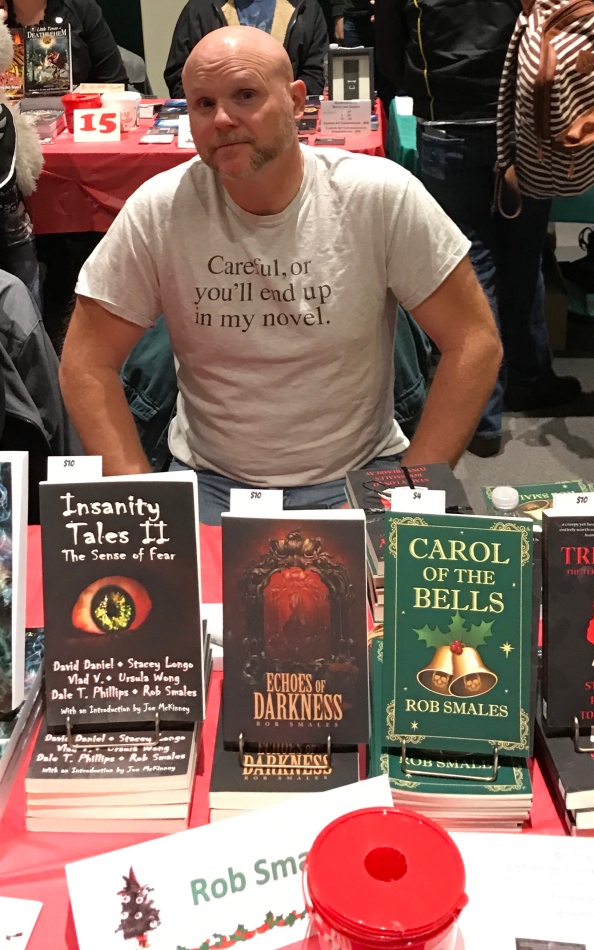 Tricks and Treats: A Collection of Spooky Stories by Connecticut Authors is now available as an audiobook on Audible. This collection of is narrated by Mark Rossman.

You can play an audio sample here.

The collection was edited by Longo, who pursued the project “to celebrate our state’s rich literary heritage, and to pay homage to New England’s ghostly history.” Each story comfortably fits in the genre of dark fiction. “Readers may be surprised to find that Twain, Stowe, and Perkins, for example, had ghost stories among their past published tales,” said Longo. The collection will be released on September 1 “just in time for the change in season.”

A trailer for the book can be viewed on YouTube at https://youtu.be/GkaGyqts8oE.

The paperback edition of Tricks and Treats can be obtained here. The e-book can be purchased here.

Tricks and Treats: A Collection of Spooky Stories by Connecticut Authors is sitting at number 1 on the Preditors & Editors Poll at the moment. The poll ends at 7 a.m. on January 14. We would love your help in keeping it there. You can vote here.

Books & Boos Press will be releasing a Halloween-themed anthology comprised of all Connecticut authors this fall. 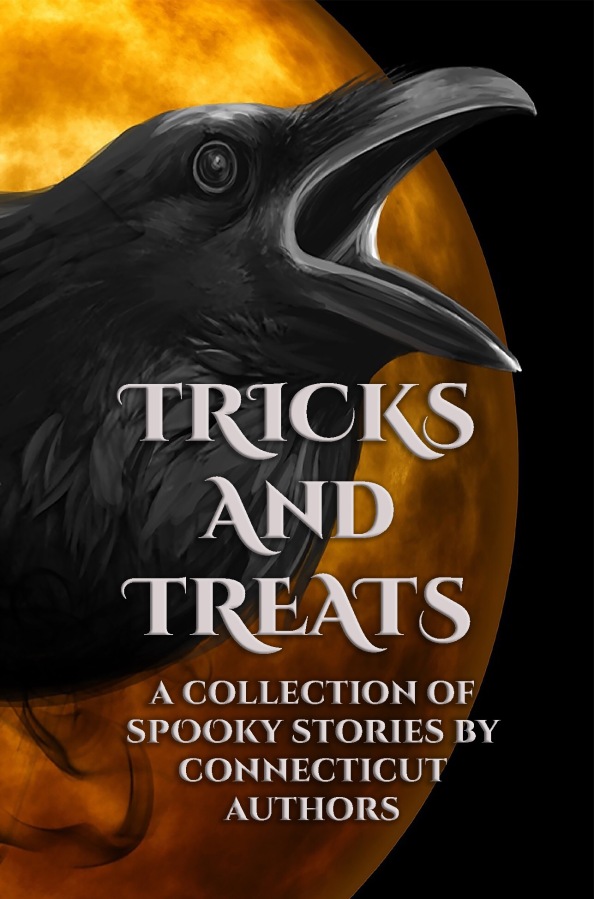 Tricks and Treats: A Collection of Spooky Stories by Connecticut Authors features a mix of both classic and contemporary authors from the Constitution State. The lineup includes famous residents such as Mark Twain, Charlotte Perkins Gilman, John G. C. Brainard, and Harriet Beecher Stowe, as well as modern-day authors Melissa Crandall, G. Elmer Munson, Ryanne Strong, Stacey Longo, John Valeri, Dan Foley, and Kristi Petersen Schoonover. Some, though not all, of the stories are set in Connecticut.

Tricks and Treats will be released in September.

Retired nuclear engineer-turned-horror writer Dan Foley’s latest book, Abandoned, tells the tale of a Connecticut man with abandonment issues. “Foley uses horror and humor to tell this story of a disturbed serial killer,” said managing editor Stacey Harris, whose small publishing house, Books & Boos Press, released the novel on May 28. Set in the fictional town of Mettabasset, the Connecticut landscape serves as the backdrop for the novel.

Foley has lived in Manchester for over 30 years. The main character in Abandoned, James Sutton, “needed to be in a location where his job would take him to several states in a matter of hours,” Foley says. “The town of Mettabasset appears in many of my works … I’ve lived all over the country, and chose Connecticut as my home. My books always pay homage to Connecticut in one way or another.”

Abandoned is not for the squeamish. The main character is, at heart, a psychopath, on a mission to make sure nobody—and nothing—is ever abandoned again. He begins to amass a collection of items that James feels were neglected by people … all of which require formaldehyde to preserve.

Abandoned is available in trade paperback and ebook at Amazon, Barnes & Noble, and select retail outlets. Foley will be celebrating the book’s release with a launch party at The Book Club bookstore in Broad Brook, CT on Friday, June 17, from 5:00 –6:30 pm. The event is free and open to the public.

Farmer’s Daughter Press, our children’s book imprint of Books & Boos Press, is pleased to announce that we will be releasing Sasha & Jake, written and illustrated by Terry George, later this year.

Sasha & Jake is a fun, quirky tale about the unlikely friendship between an arctic fox and a polar bear. “We’re so lucky to have Terry on board,” said managing editor Stacey Harris. “The story she wrote is both engaging and enjoyable, and holds an important lesson within the words. And her illustrations are adorable and funny. This is going to be a great book for kids.”

Terry has established herself as a Connecticut artist, being featured in the Ledyard Bill Library’s Exquisite Project this year. She sells some of her polymer clay creations on Amazon under her company name, Cinnamon Bunny. She is also an aspiring writer, and will have two short stories written under her pseudonym Ryann Strong in Tricks and Treats: A Collection of Spooky Stories by Connecticut Authors, due out this fall.

Sasha & Jake is scheduled to be published in late 2016.

Books & Boos Press is a small publishing press based in Connecticut. We specialize in well-written books by lesser-known authors. Currently, we are accepting submissions by invitation only, but check back often—we expect to open up our submissions to everyone at some point in 2014!

Headed by journalist and publicist Jason Harris and writer and editor Stacey Harris, Books & Boos Press is well aware of the challenges that face the writing and publishing industry today. We work hard to promote our authors and books, and offer strategies and advice to our writers on how they can promote themselves.

Our first project is due out in October 2013. Secret Things is a collection of creepy tales by author Stacey Longo, and is a compilation of twelve tales highlighting the darker side of human nature. Longo is a former humor columnist for the Block Island Times, and turned her pen to horror in 2010. She’s been published in over a dozen anthologies and magazines, and maintains a weekly humor blog at http://www.staceylongo.com. We’re excited to debut our press with her collection! Currently, artist Stephanie Johnson (http://sljohnsonimages.com) is working on the cover, and we’ll post that here as soon as it’s finished.

Thank you for visiting our site. We hope to see you here again soon.